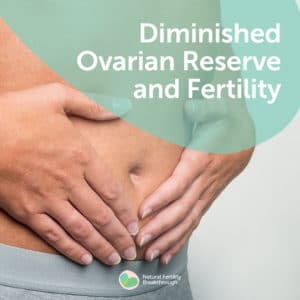 A: I can’t answer this question –  not because of the diminished ovarian reserve –   just because I don’t have enough information about your particular situation. This is actually a fantastic thing to put to me by applying for a complimentary fertility assessment because I can then let you know exactly. I need to know your age. I need to know how diminished we’re talking about.

It’s not hopeless but understanding where you’re at in regards to what’s going on is vitally important because if we don’t understand that, then obviously we’re going to end up having a bit of an issue when it comes to what you can do about it.

Have you been trying to conceive and/or take a healthy pregnancy to term for over 2 years? Register for a Free Fertility Assessment to discover how we are helping couples worldwide transform their fertility results.