Skip to content
Home » Fertility Foods » Is cinnamon safe while trying to conceive?

Is cinnamon safe while trying to conceive? 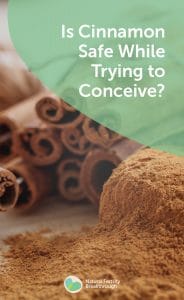 Well, it depends on how it is that you’re utilizing cinnamon because if you’re using it as a food within your food, within smoothies, in those types of context, it will absolutely be safe while trying to conceive.

If you are using it as a herbal extract, then no, it’s not going to necessarily be safe in the second half of the cycle because it can have some uterotonic activity associated with high levels and therapeutic dose of cinnamon. It can act as an emmenagogue (herbs which stimulate blood flow in the pelvic area and uterus; some stimulate menstruation)

Although cinnamon is also a fantastic herb for balancing blood sugar level and helping to balance blood sugar levels for men and women – also an extremely important aspect of optimum fertility – essential for the females out there,  you want to avoid cinnamon as a liquid extract in the second half of the cycle, when you are trying to conceive.

As a food throughout the entire cycle, it’s going to be perfectly safe and perfectly okay. It just depends on if you are using it as a balancing of blood sugar, where there are blood sugar issues you obviously need to use a therapeutic dose. However, for a woman, that’s going to be problematic in the second half of the cycle. For men, it’s not so much of an issue.

For more information read Food to Avoid for Fertility and join us for the next  Fertility Challenge to ask your questions of our fertility experts.

This website uses cookies to improve your experience while you navigate through the website. Out of these, the cookies that are categorized as necessary are stored on your browser as they are essential for the working of basic functionalities of the website. We also use third-party cookies that help us analyze and understand how you use this website. These cookies will be stored in your browser only with your consent. You also have the option to opt-out of these cookies. But opting out of some of these cookies may affect your browsing experience.
Necessary Always Enabled

Any cookies that may not be particularly necessary for the website to function and is used specifically to collect user personal data via analytics, ads, other embedded contents are termed as non-necessary cookies. It is mandatory to procure user consent prior to running these cookies on your website.