Skip to content
Home » Improve Egg Quality » My AMH level is 0.5 what are my chances of conceiving?

My AMH level is 0.5 what are my chances of conceiving? 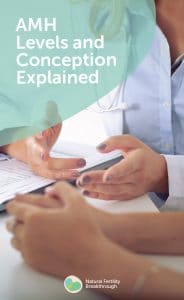 My AMH level is 0.5, and I have three follicles on the right, and one on the left. What are my chances of conceiving?

A: Okay so the three follicles on the right and the one on the left were there for that one cycle. It doesn’t mean that you only have four follicles left.

A woman who has an AMH level of less than 1 can still conceive. I actually helped a couple quite recently, who  conceived with an AMH of less than 1 and a sperm count of less than 5 million, and you need basically 20 million sperm for a male to be considered fertile.

Low AMH can definitely be addressed. Of course, AMH is not the only matter that we would investigate. We look at each woman’s fertility in context, what your FSH levels are, what your LH levels are, hormones, thyroid function, basically where your whole fertility is at.

What we know from the latest AMH research is that generally when an AMH is less than 1, menopause is somewhere around 5 years away ( it can be less of course) what we know at that level, is that a woman is not going to remain fertile for much longer.

At this point, if you’re still menstruating, if you’re ovulating, if your AMH levels are still at a reasonable level, which generally  below 15 on day 2 of the cycle and your estrogen levels are too high, i.e., around 100, we know that’s a good picture for still being able to conceive.

Sometimes people get a diagnosis of low AMH for their age, but it’s actually perfectly fine because everything else in context looks really good. That’s the benefit of participating and asking questions in the Fertility Challenge Live Q&A sessions because due to time limitations, I am  more able to offer  a full answer via that forum.