Skip to content
Home » ovulation » Are Ovulation Kits Worth Using?

Are Ovulation Kits Worth Using? 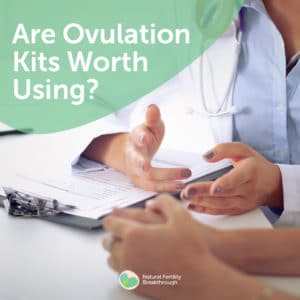 “Are ovulation kits worth using?”

That’s a really great question and from my perspective the answer is actually no.

I don’t think ovulation kits are worth using because what happens is they really only pick up an LH surge that lasts approximately about 12 hours.

So an ovulation kit is not going to be cost effective, particularly if you have irregular cycles and you don’t know really know when you are going to be ovulating.

Instead I find it much more useful to go by your mucus changes and your temperature changes and tracking those over time. It’s going to give you incredible insight as to when you ovulate and what’s likely to happen to you in a particular cycle. It’s important to learn to understand your very specific fertile signs prior to ovulation.

What happens is that you may need to test the entire month in order for you to actually pick up the LH surge, and some tests are different than others. Some tests show the surge beginning to happen 48 hours before, some 12 hours before, and sometimes by the time you actually see the surge coming up, it’s actually often too late to try and conceive because it takes the sperm up to about three days to get into the fallopian tubes and get close to the eggs.

Generally speaking, when you’re trying to conceive, you don’t want to wait for the day of ovulation. You actually want to start trying to conceive 1 to 2, maximum is 3 but definitely 2 days at least before your ovulation is even due.

What you would need to do is actually start trying to conceive on day 12, so you would start on day 12, then you need to go on day 12, 14, 16. Generally speaking, you would actually have conception attempts until you know that you have ovulated whether using an ovulation kit or by checking your temperatures.

Obviously, your temperature will rise at peak very far up, and it will rise quite a lot and you will know if it stays up that for at least three days, you know that ovulation has definitely occurred. Those are the types of signs that you want to be looking out for and watching.

Certainly an ovulation kit is not something that you can’t use, but I just find it too expensive and not really that worthwhile as far as the information that it gives you versus what you would get out of charting your own cycles.

There are lots of different devices that are out there these days that you can use if you kind of find the whole process of tracking the cycle and writing it down on paper a little bit boring. But certainly I have used a couple of different fertility markers that have worked extremely well, and so I think it’s a matter of actually finding what works for you.

The old-fashioned method is just plain thermometer, piece of paper on the side of the bed, writing down all your temperatures, and then you can always transfer them onto FertilityFriend. It’s generally a really good way of going about it.

Have you been trying to conceive and/or take a healthy pregnancy to term for over 2 years? Register for a Free Information Session to discover how we are helping couples worldwide transform their fertility results.