Skip to content
Home » Infertility Prevention » The Dangers of Soy

Soy will negatively impact on your health and fertility 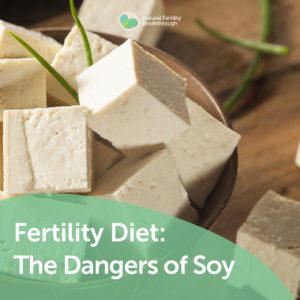 Is soy bad for you? It may come as a surprise after being exposed to millions of dollars worth of ‘soy super-food’ advertising over the last couple of decades –  especially in relation to your fertility, soy it is NOT recommended.

It’s been promoted as a diet staple for all, to be consumed in copious amounts, particularly by women; a low-cost, healthier alternative to meat; a non-allergenic substitute for dairy; and a product which should be used in  baby formulae because it is even better than breast milk!

Those who believe this misinformation them will eventually end up paying a hefty price, with their health.

Originally used as a fertiliser in China, soy products graduated to the food table much later than we are led to believe.

The Chinese knew soy remained toxic after ordinary cooking but after the discovery of fermentation, they began using it as a preservative for protein-rich animal foods. In the West, we are told soy foods are safe because Asian cultures have been consuming them from ‘time immemorial’. This is simply not true. Tempeh, miso, soy sauce and other fermented foods did not appear in the Asian diet until approximately 860AD, and soy is not a staple in these cultures, as we have been led to believe.

]Scholarly papers reveal that in 1977, soy foods accounted for only 1.5% of calories in the Chinese diet, compared with 65% of calories from pork. The same sources report soy foods as minor sources of protein during pregnancy and lactation in China and Japan, with major food/protein sources being organ meats, poultry, fish and eggs. 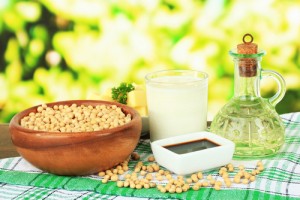 The soy ‘miracle-food industry’ began when soy oil (a staple ingredient in many processed foods) manufacturers had to dispose of their by-products. Instead of dumping the left-over sludge, the manufacturers found a creative solution that maximised their profits.

Fast forward 30 years and here we are with soy grossly impacting on our general and reproductive health and the health of our children.

A very informative book by Dr Kaayla Daniel, The Whole Soy Story, based on her many years of research into the subject concisely documents the damaging health effects of soy. It is a must read! 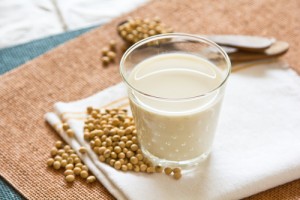 Evidence is mounting about soy’s key role in today’s epidemic of infertility, menstrual problems and other reproductive disorders.

It has been shown to negatively impact on thyroid function, which is essential for reproductive health, as well as to damage the reproductive development of babies and children fed soy-based formulae and milk. Studies on both animals and humans show that soy has a contraceptive effect and scientists have linked this to earlier findings that show an increased incidence of menstrual irregularities in vegetarian women. In girls, excess soy consumption has been linked to premature sexual development.

In men, the effect can be equally devastating, because soy exerts an oestrogenic effect on the body, which unbalances testosterone levels and impairs healthy sperm production. This leads to poor sperm parameters including low count, abnormal shape, and reduced swimming ability. In the long term, the increased oestrogen exposure may also lead to prostate problems and male reproductive cancers. In boys fed soy, or exposed to excessive amounts in the womb, a feminising effect is possible, including an increased risk of genital anomalies.

In addition, hundreds of epidemiological, clinical and laboratory, studies link soy to conditions such as malnutrition, digestive distress and allergies, thyroid dysfunction, cognitive decline, birth defects, immune system breakdown and heart disease. With so much evidence, why risk it? The message is clear—read food labels and avoid soy.

Excerpted from Eat Your Way To Parenthood: The Secrets Of Highly Fertile Couples Revealed

Read more of our Natural Fertility Breakthrough articles and grab our free resources.