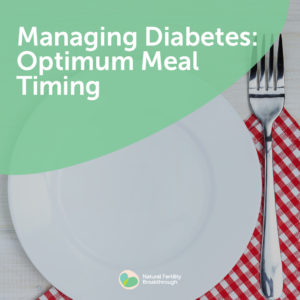 We generally recommend that our fertility clients eat 4 to 5 small meals a day.

When it comes to diabetes and insulin resistance and PCOS, our clinic recommendations differ because eating small, frequent meals can make it hard to manage blood sugar levels, for a couple of reasons.

The first reason has to do with a hormone leptin which is a satiety hormone secreted by fat cells in response to a rise in insulin after you eat. So leptin is like a messenger to the brain and it signals that the stomach is full and it’s just time to stop eating. Between meals or during long periods without food, leptin levels drop and the body goes into fat burning mode which triggers hunger and motivates you to eat and replenish the body’s energy store.

So, overexposure to the hormone causes your body to stop responding to it. So you never get that full signal. Brain and pancreas no longer hear the signal from leptin to turn off the appetite and reduce insulin secretion. So the less frequently you eat, the less your body will produce leptin so the more likely your cells will respond to it when it is released. 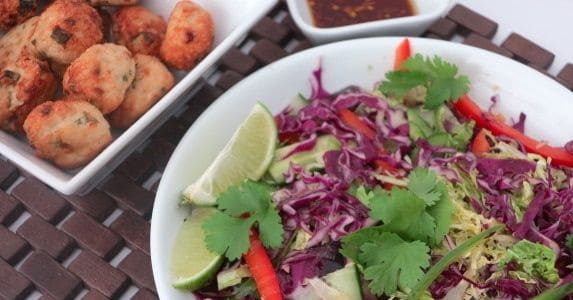 A good way to ensure your body doesn’t become resistant to leptin is to allow at least three hours, and ideally four, sometimes five hours, between your meals. It just takes three hours for the body’s insulin levels to go back to normal and at least 4 to 5 hours for fat burning mode to switch on.

By constantly eating, you’re actually making your body more resistant to insulin and leptin. This is one of the key issues we see in PCOS and insulin resistant. Furthermore, by eating frequently, blood sugar levels tend to run at constant high level, which is not optimal.

When leaving a period of 4 to 5 hours between meals, we find sugar levels become much more manageable for most people. So it’s about eating based on your body’s cues rather than eating by the clock. To summarise, eat every 4 to 5 hours or when you feel hungry if it’s after 3 hours.