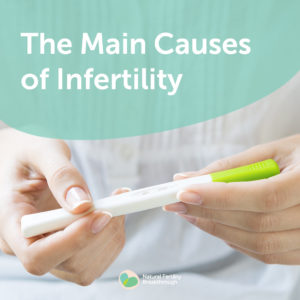 Infertility refers to the ability to become pregnant (or effect a pregnancy) through normal sexual activity, while infertility is defined as the failure to conceive after one year of regular intercourse without contraception.

Infertility can affect either the male or the female partner and can have a number of causes. Current statistics indicate that about one in every six couples is infertile.

For a male, optimum fertility depends on excellent general health, which allows the production of a sufficient number of healthy, motile sperm that can successfully pass through open pathways into the vagina, through the uterus and into the Fallopian tubes, and penetrate a normal ovum (egg).

Since a thriving pregnancy also requires that the fertilised ovum subsequently becomes implanted in the lining of the female uterus any defects in any of these stages can result in a couple experiencing fertility problems. Out of every 100 cases the causes of infertility account for about:-

Failure to ovulate, or produce a healthy egg, is a common cause of female infertility and is usually the result of hormonal imbalances —particularly the stimulation or suppression of the ovaries by other glands such as the pituitary, thyroid, or adrenals.

This can lead to an inadequate production of female hormones, and a consequent disruption of normal ovulation. Blockages of, or obstructions within, the Fallopian tubes—the two passages in which an ovum is fertilised by a sperm—are also a common cause of female infertility.

The tubes may become blocked owing to endometriosis or inflammations stemming from infections (often sexually transmitted). The female’s cervical environment is also a major cause of infertility; the mucus and other fluids secreted there may be inadequate for sperm transport, or may even be lethal to sperm because of hormonal abnormalities or unbalanced acid-alkaline ratios.

Male Fertility Problems: Is A Multi-Factorial Issue That Must Be Addressed Accordingly 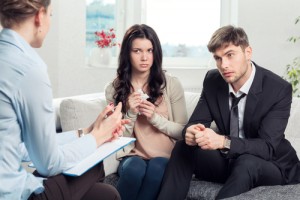 The male factors implicated in as many as 40 percent of all causes of infertility usually involve impotence or defects in the male’s sperm, specifically their concentration, shape (morphology), ability to swim (motility), and ability to penetrate the egg. An infertile male may have too few sperm—a sperm count of less than 20 million per millilitre is usually inadequate for fertilisation, or he may have too high a proportion of abnormal or defective sperm.

Sperm quality is chiefly influenced by health and environmental factors. Varicose veins in the scrotal sac, tight underwear, or other abnormal sources of heat or constriction, as well as radiation and static electricity, can raise the temperature of the scrotum, or otherwise compromise sperm quality.

Sperm are mostly made up of easily-oxidised essential fatty acids and are therefore highly sensitive to oxidation. Male infertility may also be caused by obstructions in, or an absence of, the ducts through which the sperm cells must pass on their trip from the testicles to the urethra during ejaculation.

There is a solution!

In many cases, for both men and women, when the primary hormonal imbalances or other issues are corrected through implementation of the 11 Pillars of Fertility Blueprint in combination with nutrient and herbal treatments, optimum fertility can be restored. Many of my patients have had healthy babies by sticking with the process, even in cases where all hope had been lost. The key is to do your absolute best and persist for a reasonable amount of time, in order to see results.

Read more of our Natural Fertility articles and grab our free resources.