When seeking answers to male infertility causes, it’s important to understand the noxious effects of commonly accepted lifestyle choices and factors that may weighing in on male fertility problems. 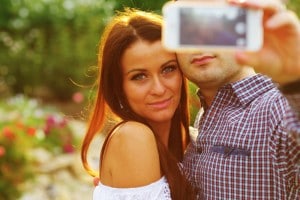 These days we take mobile phone technology as an accepted and necessary part of life and unfortunately completely disregard the negative impact to our health and especially our fertility.

The reality is that for some couples this type of unprotected exposure combined with other minor lifestyle factors could actually make the difference between having a baby or not.

The danger of  male infertility is real

There are 2 major ways in which mobile phone radiation my impact male infertility:

Most of the reports conclude a reasonable suspicion of mobile phone risk that exists based on clear evidence of bio-effects which with prolonged exposures may reasonably be presumed to result in health impacts.

This review concludes that the regular and long term use of microwave devices (mobile phone, microwave oven) at domestic level can have negative impact upon biological system especially on brain. It also suggests that increased reactive oxygen species (ROS) play an important role by enhancing the effect of microwave radiations which may cause neuro-degenerative diseases.

Journal of Assisted Reproduction and Genetics. 2012 Apr;29(4):293-7 | Merhi ZO. Study conclusions: The radiofrequency electromagnetic radiation (RF-EMR) produced by cell phones can enhance the excitability of the brain and has recently been classified as carcinogenic.

3. The semen quality of the mobile phone users.

Journal of Endocrinological Investigation. 2013 May 30 | Rago R and Salacone P, et al Study conclusions: Sperm DNA fragmentation significantly altered in the subjects who use the mobile phone for more than 4 hours for day and in particular for those who use the device in the pocket of the trousers. 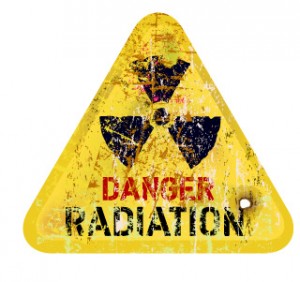 Though generation of ROS in testis has been responsible for possible toxic effects on physiology of reproduction, the reviews of last few decades have well established that these radiations are very harmful and cause mutagenic changes in reproductive pattern and leads to infertility. Further concluding, radio frequency electromagnetic radiation emitted from mobile phone causes biological damage and leads to several changes like decreased sperm count, enzymatic and hormonal changes, DNA damage, and apoptosis formation.

5. Impact of cell phone use on men’s semen parameters.

6. Effects of the exposure to mobile phones on male reproduction: a review of the literature. 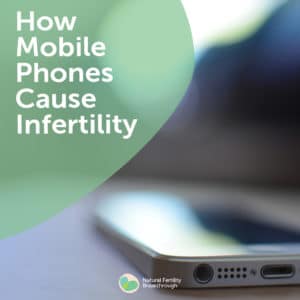 8. Male reproductive organs are at risk from environmental hazards.

Asian Journal of Andrology. 2010 Mar;12(2):152-6 | Bonde JP. Study conclusions: The male germ line (ie sperm) is one of the most sensitive tissues to the damaging effects of ionizing radiation, radiant heat and a number of known toxicants. So far occupational hazards are the best documented risk factors for impaired male reproductive function and include physical exposures (radiant heat, ionizing radiation, high frequency electromagnetic radiation), chemical exposures (some solvents as carbon disulfide and ethylene glycol ethers, some pesticides as dibromochloropropane, ethylendibromide and DDT/DDE, some heavy metals as inorganic lead and mercury) and work processes such as metal welding.

11. Evaluation of the effect of using mobile phones on male fertility.

Annals of Agricultural and Environmental Medicine. 2007;14(1):169-72 | Wdowiak A, Wdowiak L, Wiktor H.
Study conclusions: An increase in the percentage of sperm cells of abnormal morphology is associated with the duration of exposure to the waves emitted by the mobile phones. It was also confirmed that a decrease in the percentage of sperm cells in vital progressing motility in the semen is correlated with the frequency of using mobile phones.

Avoiding exposure is the best way of protecting one’s health and fertility for the long term.

Doing the best you can to reduce your exposure will not only increase your chances of conception but also of creating the healthiest possible baby. Please contact us if you would like to speak with our experts about the natural, female and male fertility treatment options that are available to you.

Home » Men's Health and Fertility » How Mobile Phones Cause Infertility

This website uses cookies to improve your experience while you navigate through the website. Out of these, the cookies that are categorized as necessary are stored on your browser as they are essential for the working of basic functionalities of the website. We also use third-party cookies that help us analyze and understand how you use this website. These cookies will be stored in your browser only with your consent. You also have the option to opt-out of these cookies. But opting out of some of these cookies may affect your browsing experience.
Necessary Always Enabled

Any cookies that may not be particularly necessary for the website to function and is used specifically to collect user personal data via analytics, ads, other embedded contents are termed as non-necessary cookies. It is mandatory to procure user consent prior to running these cookies on your website.