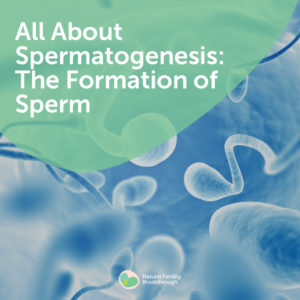 The mans sperm is about 200 times smaller in size compared to the female egg and it contains the same amount of DNA.

It is quite an amazing process and the quality of sperm you or your partner ejaculates today is actually dependent upon the health and lifestyle that you’ve had predominantly over the last 120 days.

Now sperm doesn’t take actually 120 days to develop, it takes a little bit less than that. However, what happens is that your whole lifestyle throughout that period is going to make a huge difference to the ability of that sperm to be as healthy as possible, for it to swim as well as possible and for it to be shaped as well as it needs to be.

The health of a mans sperm dictates three of the following very important things.

So it’s really important that getting pregnant is a team effort, a couple working together to optimise the chances of a conception and of course, having a healthy pregnancy to term.

The Odds of Conception

Let’s pick the most fertile people on the planet. A woman has 12 to 24 hours within any given cycle in order to be able to conceive because that’s how long the egg actually lasts once it actually is ovulated.

Sperm lasts a bit longer, between 3 to 5 days, some very geriatric sperm can last up to 7 days but by that stage they’re really not going to be as good as they need to be in order to actually be able to affect a conception. So 3 to 5 days is safe to say that that’s how long sperm lasts. 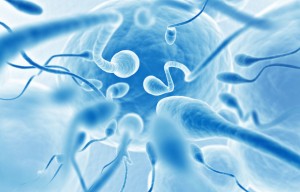 Now, if you take those two 20-year-olds they have a 20% chance of actually conceiving. So it’s no wonder that many doctors are negative about conception rates as women age and as men age, because we also know now that sperm and certainly the DNA within the sperm defragments with the ageing of men.

So both male fertility as well as female fertility is affected by age, yet above and beyond the age factor what really makes a the difference is a healthy lifestyle and the nutrients that you take and the food that you eat and the toxins that you avoid.  These factors have play a most significant role in the quality of male and female reproductive cells.

The Role of your Brain

Now, the proper functioning of hormones, organs and systems is going to be vital when we’re talking about male reproductive health. And the process begins in the area of the brain actually for both men and women. Men and women’s fertility is actually dictated by the hypothalamic pituitary axis and this is essentially a system of glands and hormones and chemical messengers that are called neurotransmitters, all of which have a critical role when it comes to reproduction.

This information is extracted from the fertility Webinar “The Definitive Guide to overcoming Male Infertility”. For more detailed information on male fertility and sperm health you can now purchase and download a copy of the webinar audio and transcript.